Pokémon GO game is about a fictional character called Pokémon. People capture them and train them to fight. With its unique graphics and friendly characters, this game has become very popular among people of all ages. Twenty years later, Pokémon made a big comeback with a location-based smartphone game. This Pokémon GO Review can help you out.

Pokémon GO is the global phenomenon of android video games, downloaded more than a billion times and named “Best Mobile Games” by Game Developers Choice Awards and “Best App of the Year” by TechCrunch.

The game consists of capturing pocket monsters (Pokémon) in certain places with your mobile phone. You must also visit the “Poke Stops,” registration points for attractions, to collect items such as the “Poke Balls” needed to catch these creatures.

A tracker shows Pokémon at nearby stops, and the weather at your location will determine which species are available, and you need to hurry up and catch them. Your collection of creatures is also used to fight other monsters in the “gym” that get rewards like coins that you can use to buy useful items.

Incense is an element when activates attracts a Pokémon, no matter where you are. Incense now lasts one hour peruse and is available at a reduced price in the store.

Get another Field Research Assignment

Every day at midnight, you get an extra task without having to run a PokeStop. This information differs from the field research information you receive from PokeStops and focuses on activities you can do anywhere.

Connect to Pokémon Buddy. With the Buddy Adventure feature, your friend is by your side as he explores Pokémon GO.

How does Pokemon GO Work?

The map is an animated version of Google Maps that replaces actual street names and landmarks with Pokémon-specific buildings.

Another feature of the game is Poke Stops, a real place where users can generally collect Poke Balls for free (to catch Pokémon). Players can also found Pokémon eggs that develop into Pokémon and adds to a user’s list.

Why is Pokemon Go So Popular?

One reason for its popularity is that it is free to download and very easy to play. For many players, the game is nostalgic. It’s also the first time an augmented reality game has hit the mainstream. The gaming experience overlapping animated Pokémon characters in the real world attracted young people in particular.

Does it Cost Anything?

The application can be download for free. However, it is possible to use currency poker coins in the game. These are uses to buy Poke Balls (to catch Pokémon). Users do not have to buy currency to play. As with most other apps, purchasing these apps can make the game a little easier. Parents can restrict app purchases on their smartphones and their children’s smartphones. It is usually done by entering the settings on your phone or tablet.

What Should Parents Know?

Pokémon Go is still in its infancy as a game. We look forward to many updates and changes as it becomes more popular. One of the biggest problems is that the app encourages children to explore different places in the real world. It entails obvious risks for young people, such as meeting strangers, being taken to unknown places, and being injured while playing.

How Do I Register in Pokemon Go?

There are two ways to register for the game. Users can sign in with their Google Account. Users can also create a Pokémon Trainer Club account that provides additional benefits. Once the account has been created, users can create their profile and choose a username.

Is Pokémon GO Worth It?

Pokémon GO is one of the most popular mobile games of all time. It breaks records as the fastest to earn $ 100 million and is the most downloaded in the first month of release.

Pokémon GO is the most important game in the world. With success, it will almost certainly affect the design of future AR experiences in the coming years. However, gambling can also have a broader impact on society through potential health benefits. 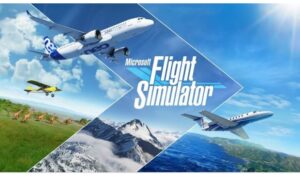 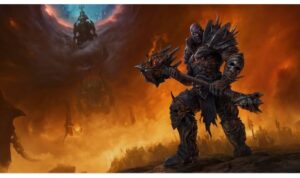